Your Dental Experts in Edmonton, Alberta

Get Started With a Free, No Obligation Consultation

A Lifetime of Confidence

At Castledowns Denture Clinic it is our mission to provide exceptional care in order to help you make an informed choice about your oral health.

Our clinic was established in 2001 and is geared to the needs of our community: with special emphasis on the general public who need to wear removable prosthesis. Our practice scope is removable dentures thus a denture laboratory on the premises. This allows for efficient care in regard of new dentures, repairs and relines.

We believe that denture wearers have the same desire to have a beautiful smile as anyone else. Your smile says so much about who you are.

We have realized the importance of combining clinical excellence with a high level of respect for your feelings and concerns. In addition to providing you with exceptional dentistry, we work very closely with you and are committed to involving you in your course of treatment. Informed choices and exceptional care are first and foremost in our clinic. We are on a continuum of advanced dental education courses to offer the very best and latest in denture care.

We are always willing to help you with any questions or concerns you may have about your recommended dental treatment or any new dental technology you have heard about. 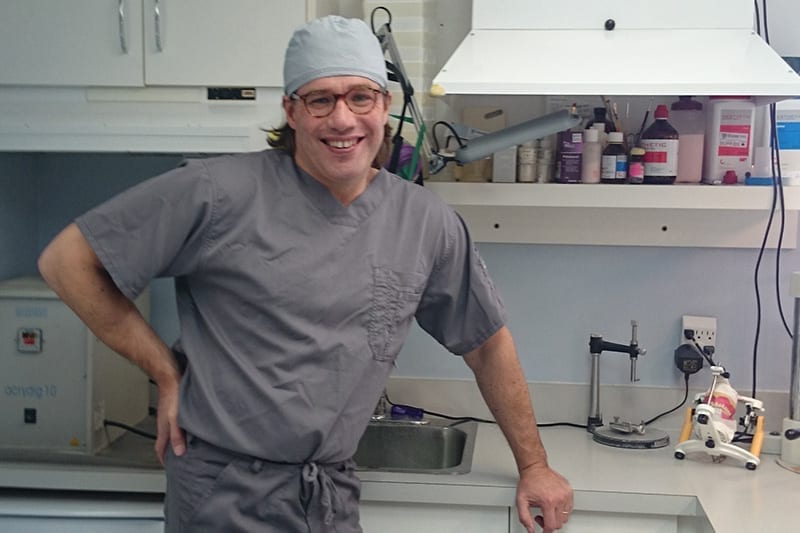 Vadym Tymashov, D.D. graduated from NAIT in 1999. He received the honor of being placed on Dean’s Honour Roll and being presented the President’s Award of Excellence. Vadym established Castledowns Denture Clinic in 2001 to which he brings not only a sound educational background, but a sense of concern and recognition for the needs of patients. Vadym is a member of the Alberta College of Denturists.

Galina Dymouriak graduated from NAIT in 1996. She worked as a registered dental assistant in specialty and general dental practices till 2005 when she joined Castledowns Denture Clinic full time.

Both Vadym and Galina are participants of the Rona MS Bike Tour. In June, together with the team members of “The Pedaling Pearly Whites”, they bike 190 km in two days from Leduc to Camrose to raise money to end multiple sclerosis.

Hear From Our Patients

“This is the best denture clinic I have ever been to, great service, wonderful doctor, they are the best.”

We’re here to help! Contact our dental experts here and we’ll be in touch with you within 24 hours!